This is my story

This is my story

We’ve decided not to link the story to our website as the content they included is not what we would include in anything that we produce or promote. We feel that we do not need to go down that pathway to illustrate a point or make ourselves “edgy.” If you do want to view it you can download the VODCAST from ABC’s website or view the story on ABC iView. I’ve attached a PDF of the transcript to the end of this blog. For those who choose to view I do warn though about some of the content of the story.

While filming my interview I shared from my own experience, including personal details, about my own struggle with pornography. I feel that I should share them via my blog, in written form. This is totally putting myself and my wife Laura out there, for people who’ve known me but never my secrets. I’m sharing my story so that it raises awareness of this issue in the hope that others can be helped. While this might be my story, it’s also the story of many men and teenagers out there. I’m regularly gob smacked by how similar my story is to others.

In my teens, as I was going through my struggle, I always thought that this would be the last time I’d look. After this I would stop. I promised myself so many times but of course the stopping never happened. I was supposed to be a good man of faith but I had this weed growing inside me that shut me down. Church just added to my problem. Like many people of faith I felt like I had to put on my happy face and perfect life every time I walked into those four walls. I was living a common lie, happy on the outside, destroyed, sad, guilty & so desperately lonely on the inside.

It was during this time that I met the girl of my dreams, Laura. She is such a treasure and I love her so much but felt so guilty being 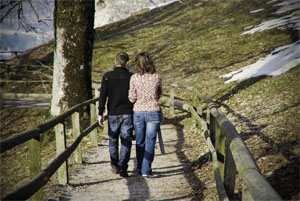 Having sex before marriage was something that we were not going to do, so we figured that getting married would fix my problem (for obvious reasons). Of course it didn’t and a little while after we got married I headed off down the same pathway. How stupid I was. I had no idea why I couldn’t get away from the stuff, I had no self control. I hated myself with a passion. I was so lonely, so depressed. Full of shame and guilt. Almost every day I would tell myself how pathetic I was but for some stupid reason I kept going back to the stuff.

This cycle continued for way too long, until finally one day I decided that it was completely taking over my life, destroying me, taking up way too much time and destroying my marriage. I was an angry man, who was living a lie. I was destroyed inside, hated myself but still felt like I had to go to church with my happy suit on and a big grin on my face. I had become the hypocrite I despised so much. The guilt was so overwhelming that I decided I would stop going to church completely. Why at church did I feel like I had to be perfect? Why wasn’t I able to talk to people about my true problems and get help? But I knew that my problem was “one of those super sins,”  the ones you just don’t talk about in church. 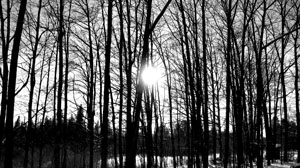 I knew I was spending way too much time looking at this stuff, stupidly planning my day around viewing sessions. One day, and I don’t know why, I decided that it was completely taking over my life. It was then that I decided that I would fess up….. again. I was a very lucky man because Laura decided to stick by me and help me through my struggles. We decided that I’d give her the ADSL modem and when I needed to surf, she’d connect it and sit next to me.

This worked well in terms of stopping my habit but when I couldn’t get my access I went crazy!! I was so angry and edgy all the time. I felt desperate to get hold of the stuff but couldn’t. When I was alone I remember yelling at myself, seething at how stupid I was and how dirty and useless I’d become. I just wanted to know why was I doing this? How had such a “nice” Christian boy ended up in this place? Why did I feel like I couldn’t talk to anyone?

I came up with excuses to keep the internet connected while Laura was away, so I could get the hit and feel ok. It was at this stage that I started researching the reasons why I was feeling like this, and found some papers that talked about neural pathways and chemical processes in the brain. Suddenly I had a formula that made sense. I’d gotten myself here through my own stupidity and set this pattern in place. But it’d taken hold and neural pathways had formed in my brain that led me down a quick fix pathway, something that I could not control. I’d become reliant on this hit, unable to restrain myself, unable to reason.

From this material I also learnt that shame and guilt were the 2 main feeders of my addiction. I learnt that I had to divert my thoughts before I headed down that path. So I started doing things to try and help myself. If I started having thoughts, I’d head out cycling. Actually no, I’d go to the computer sit in front of it and battle in my mind, then run scared to go cycling and get the thoughts out of mind. Boy did I get fit doing this!! J I started calling friends when I got the urge or would head outside and do some gardening. Anything to get me away from this destructive force!

The cool thing was that it started to work. My life actually started to improve and I slowly became less reliant. I still had my days, but 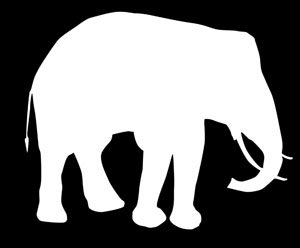 they were becoming few and far between. I wasn’t perfect that’s for sure, but I was on the mend. It took me so long to get “sober”, I battled within myself every day but my reliance on viewing slowly decreased bit by bit, day by day. It was a tough journey but so worth it. Our marriage was on the improve and I was starting to feel bubbly again. I wasn’t so angry, I started to think that I was OK. We started heading back to a church, a place that I had hated so deeply. It took me a long time to adjust due to my issues plus I did not like the hypocritical nature of the place. I felt like I was the white elephant in the room. I wanted to be real. I wanted other men in church to speak up about porn. I wanted to talk to people who were like me.

I continued like this for a couple of years and reduced my reliance to zero. I was so proud of myself. I could look at myself in the mirror without feeling that vengeance and hate I’d reserved for so many years. Only twice did I fail and I immediately fessed up to a close friend who helped me through it without shaming me. I felt like a legend!!!

It was at this time that I was overwhelmed by the desire to develop something that would help men and their wives understand this problem so they could deal with it with more effectiveness than what I did. I saw a huge gap in the education around this topic and saw a need for something that would equip leaders to talk to their congregation about this issue. I wanted to help churches tackle this issue instead of keeping it a taboo don’t do. I wanted men and teenagers to know that they could talk about this and not have to journey alone with a “secret sin.” I started formulating my ideas and writing notes of my struggles and what I was feeling.

About 2 years on I did a program called Valiant Man that helped me to further understand the problem and how to deal with it. The cycle of addiction, neural pathways, dopamine and the like. The small group part of the course was what I looked forward to the most, being able to chat with other guys about my issues and know that I was not alone, there were so many others just like me. It was through this course that I realised the deep root of my problem, my complete lack of confidence and loneliness. I was seeking to fill this gap. Seeking with completely wrong stuff that’s for sure. It was so worthwhile and felt so good to learn more about this problem and how to deal with it.

At the end of the day I made the decision to look at the stuff and everything that came from that is completely my fault, but also I now know that there were other things going on that I didn’t understand. I wish I knew what I know now, back then. It would have been so much easier. I wish I’d sought professional help. I wish I’d been comfortable to fess up to someone at church. I did my journey the hard way.

It is from here that Go For Greatness was born, my desire to educate people about this problem and give them hope for the future. I want to try and prevent them having to go through what I went through. I want to connect them to help; whether it be counseling, programs like Valiant Man, Internet accountability or just plain being able to talk about it at places like church. 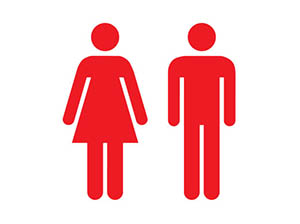 This stuff is underground, both inside and outside the church, and we need to pull the carpet back. We need to teach addicts about this problem and give them hope for the future. It’s not an easy journey and it shouldn’t be a lonely one. There are so many who feel the shame and guilt and just need someone to step beside them. It’s not as simple as telling them to stop or pray, repent and God will heal you from this. Most religious viewers already know that stuff. Shaming them just drives them deeper and makes it almost impossible for them to seek help. We need to educate them about what is really going on and give people solutions that work. Freedom from this restores marriages, it restores families, it restores lives!

I’m certainly ashamed of my past but I know that I can now use what I know to leave a legacy that helps people overcome this problem.

So there you go….

My wife Laura will be following up soon with a blog about her part of the story with some hope for wives or girlfriends of men who are struggling. I just want to say that she’s the most generous, kind, loving, forgiving wife in the world. I’m so blessed to have her and am so lucky that she’s given me the chance to restore my life.

We’ll also be featuring guest blogs from various experts in this area so keep coming back to our site. Join our Twitter Feed or Facebook Page and we’ll post when a new blog is up.

You can download a transcript of my 7.30 Report interview from here.

About the Author: Jason